Can a failure to secure prompt payment of an employee's bonus be a breach of the implied term of Trust and Confidence?

Lawyers often talk about the duty implied in the employment contract to maintain “trust and confidence”. It now even has an acronym: the “ITTC”. The principle was developed over decades of employment law. Its most authoritative iteration is in Malik and another v Bank Of Credit & Commerce International SA (in compulsory liquidation) [1998] AC 20 , where Lord Steyn said:

"The employer must not, without reasonable and proper cause, conduct itself in a manner calculated and likely to destroy or seriously damage the relationship of trust and confidence between employer and employee".

In Nair v Lagardère Sports and Entertainment UK Ltd [2020] EWHC 2608 (QB) the issue was whether the ITTC applied to circumstances where the employer failed to secure bonus payments due to an employee under contracts with other companies broadly in the same group, and where he was (allegedly) "strung along”. The alleged breach consisted of a failure to secure payment of bonuses due from other companies in the broad group of companies in which Nair (N)was employed and over which it is argued Lagardère (L) had sufficient de facto control, or where the conduct was a positive 'stringing along' and avoiding honouring the bonus payment, leading to a breakdown in trust and confidence. The question in this preliminary hearing was whether the claim should fail at an early stage on the basis that the courts have, in the past, rejected the notion of an implied duty on an employer to take steps to protect the financial welfare of employees. But in this case, the stakes were huge. The sum involved was enormous, involving a bonus of at least $25 million USD.

L applied to strike out the claim and/or for summary judgment. Its case consisted of three essential elements namely: first that there was no real prospect of N establishing there was a positive contractual requirement that L had to use reasonable steps to procure repayment of sums due from the former employer of N within the group; second that the pleaded case on breach (failure to take those steps) stood no real prospect of success in any case, and third, that there was no reasonable prospect of establishing causation of loss

But Master McCloud held the case should not summarily be thrown out:

Mr. McNair might have a real fight on his hands at a full trial, but the observations of Master McLeod on the ITTC are fascinating in their potential to regulate employer behaviours. 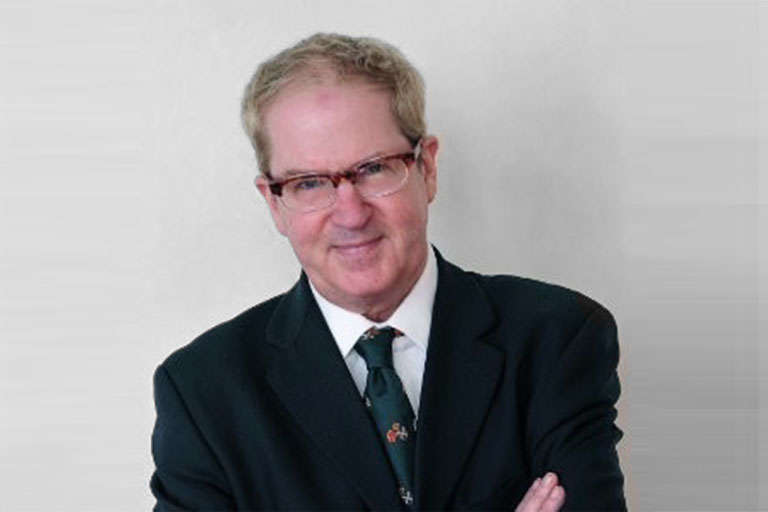 Dr John McMullen is a Partner Solicitor at Spencer West. He specialises in employment law, partnership law, business protection and the employment aspects of corporate deals, restructuring and redundancy. 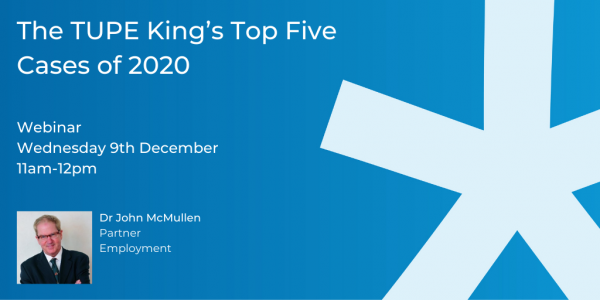 
Dr. John McMullen has been variously described as “the King of TUPE” and the “TUPE guru”. Indeed, he is the author of... 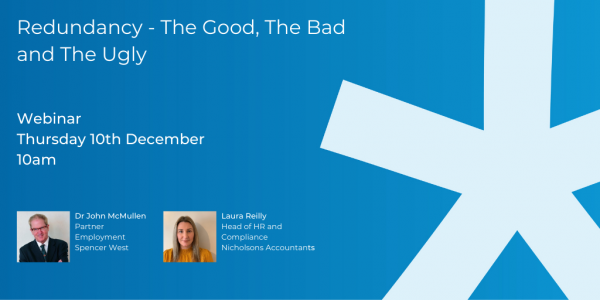 Redundancy - The Good, The Bad and The Ugly


Proudly hosted by Nicholsons Accountants and law firm Spencer West LLP, this webinar is presented by Laura Reilly – Head of...