What copyright owners can learn from Taylor Swift

On 12 February 2021 Taylor Swift released her highly anticipated re-recording of the 2008 single “Love Story” entitled “Love Story (Taylor’s Version)”. In this article we look at why she is re-recording her early works and what all copyright owners can learn from her approach to controlling her copyright.

Background behind the re-recordings

In 2019 Taylor Swift sent shock waves through the music industry when she announced she would be re-recording her first six albums in their entirety. These six albums span her 2006 self-titled debut album through to the 2017 album “Reputation”. They include the album “1989” which has sold over 10 million copies worldwide and mega-hits such as “Shake It Off” and “I Knew You Were Trouble”. The records were originally released by the Big Machine record label. Under an early deal that Swift signed with Big Machine when she was 15, they own the rights to her “masters”, the industry term for the original recordings of songs. Because of that original contract, Big Machine has the right to licence Swift’s recorded songs for adverts, television and films as well as gaining the profits from plays of those songs on streaming services across the world.

Taylor Swift parted company with Big Machine in November 2018, joining Republic Records part of Universal Music Group, in a new deal which gives her ownership of all her work including the masters of any recordings she makes for the new label. These now cover her most recent albums, “Lover” and the two critically praised lockdown-released albums “folklore” and “evermore”.

Following her departure, Big Machine was sold to Ithaca Records which is owned by music mogul Scooter Braun. Braun manages among others Kanye West and Justin Bieber, and Swift has said Braun subjected her to years of “incessant and manipulative bullying”. In 2020 Big Machine sold the rights for a reported US$300 million to Shamrock Investment group, in which it is understood Braun is also involved. The sale means that Shamrock now owns the master rights to Swift’s early work and will gain the profit from exploiting those rights through licencing and streaming deals.

As author of her songs, Swift retains the ownership of the copyright in the music and lyrics in the songs which together are known as the publishing rights, so she has some limited rights in refusing requests for how her songs are used in advertising and films. But this has resulted in her refusing the majority of requests to use her songs because of the historic dispute with Big Machine and its successors.

Swift says she had been fighting to win back control of her masters from Braun’s company but she was not willing to sign the non-disclosure agreement they proposed, which she said attempted to bind her to only saying positive things about Braun in public. In a widely publicised Instagram post, Swift made it clear that her decision to re-record her early work is because she wants her fans and people who want to licence her music to have a choice between supporting Braun or buying directly from her. She has also been quoted as saying of the re-recordings: “I do want my music to live on. I do want it to be in movies, I do want it to be in commercials. But I only want that if I own it."

What are the legal rights in songs?

In any released music single, there will be copyright in the music, the lyrics, the performance, and the recording of the song, as well as copyright in the production including the editing and mixing of the song. There is also a different type of intellectual property right called moral rights which covers other aspects of control over creative works including the right to be recognised as the author of the work and the right to prevent derogatory treatment of the work. In the most common music industry contracts, artists like Taylor Swift who both write and perform songs will retain their moral rights in their music so they are recognised as the author of the works as well as continuing to own the copyright in the music and the lyrics of the songs they write. Where two or more people write songs, such as John Lennon and Paul McCartney of the The Beatles, they are co-owners of that copyright in the music and lyrics.

As is common in music industry agreements, the contract Taylor Swift signed at the beginning of her career handed the copyright in the recordings of her songs to her record company. The music industry has seen several high profile disputes over the ownership of master recordings between now successful artists and the record companies they signed with before they were famous. Obviously in most cases those artists will have received a cash advance in exchange for handing over the ownership of the copyright in the masters, but the issues in recent disputes is whether artist should have a right to buy back their masters and if so when.

For artists like Paul McCartney and Duran Duran who have both had high-profile and long standing disputes with the large and powerful music publishers who now own the rights to many of their biggest hits, the issue is how to get out of the terms of the contracts they signed decades ago before they had any commercial power to negotiate more favourable terms. It is an accepted principle of contract law that once parties agree terms and ‘sign’ a contract those terms bind both parties, so long as they are not manifestly unfair. Most contractual terms come to an end once the contract is terminated and the parties to the contract part company. However, where intellectual property rights are transferred i.e. sold, that is a permanent change and the rights do not go back to the original owner once the parties cease working together.

What is so unusual about Taylor Swift’s approach to her masters?

The really innovative step that Taylor Swift has taken is regaining control of her songs by re-recording them and not through litigation or protracted commercial negotiations. In doing so she creates a whole new set of copyright works in the new performances and recordings of her songs. It can’t be overstated what an unusual move this is by an artist. No other artist at arguably the peak of their career has even attempted to re-record their whole back catalogue in order to regain the rights to the master recordings of their songs. For many artists it is just not a practical option; usually artists have these disputes later on in their career after dozens of albums where they do not carry the commercial weight of one of the world’s biggest selling current artist like Swift.

Other artists have had issues with the modern ways their music is now exploited, particularly by the streaming services and whether they pay artist fairly for their work. Since it is usually the record companies that own the master recordings, it is them and not the artists who licence the rights to the artists’ music to the streaming companies. In 2017, Neil Young released his entire back catalogue on his own music platform in order to gain some of the profits from fans listening to his work that would otherwise accrue to the streaming company.

Some artists, like Yusuf/Cat Stevens recently, successfully revisit their early work and release new versions as companions or natural evolutions of their big hits, but what Taylor Swift is doing is different. Her aim, as well as regaining complete control of her own music, is to reduce the value in her original recordings so that profit does not go to someone whom she does not want to profit from her creative endeavours.

What can copyright owners learn from Taylor Swift re-recording her songs?

There are several general lessons for all copyright owners here, whether it relates to ownership of music, written works, drawings, illustrations, designs or software code:

1. Think very carefully about any contract you sign that governs how your work is used and who owns it. Taylor Swift’s contract with Big Machine transferring ownership of her masters was signed when she was only 15 years old and before she had any big hits. There are obviously ethical questions around that, as well as issues with the relative commercial power of a young inexperienced artist on one hand and a big recording company on the other. However, whatever the copyright owners’ position, they should question and negotiate the terms of ownership rights at the outset of any relationship with a new contractual partner. Ideally also build in a system for reviewing the use of those rights and any option to buy back the rights if appropriate to the situation.

2. Do you want to continue to own the copyright in the works and do you want to be recognised as the author? It is a common misunderstanding in agreements with contractors, where one party commissions the other to create something for them, say a new logo or website design, that because they have paid the creator they then gain the intellectual property rights in the creation. This is not the case. If you want the copyright to be transferred from the original owner (the author who created the work) then this has to be done explicitly in writing in any contract you enter into with the contractor. It’s called an assignment of rights and this is what will have transferred the rights in Taylor Swift’s masters in that original agreement. If you want to be recognised as the author of the work then make sure any written agreement does not waive your moral rights.

3. Get your legal advisors to think outside the box. It’s a terrible cliché of course, close to the dreaded ‘blue sky thinking’. But if you’re faced with a situation, as Swift was, of being bound to contractual parties you hate, and wanting to regain control of your creative rights where someone else now owns them, you should challenge your legal advisors to come up with a creative solution. It may have been that Swift had the idea herself, as she obviously has an astute business acumen as well as being a gifted songwriter, but her lawyers will have thrashed out the boundaries of the re-recordings advising her what she legally can and cannot do with her songs. Your lawyers should support you in the same way.

With the evolution of streaming services, and online platforms and digital services more generally including smart speakers and the internet of things, it is likely we will see more inventive ways of controlling copyright outside the music industry.

Jowanna Conboye is a lawyer and partner at Spencer West LLP specialising in Intellectual Property and Technology. If you would like any advice on the copyright you or your business creates, contact Jowanna at jowanna.conboye@spencer-west.com. 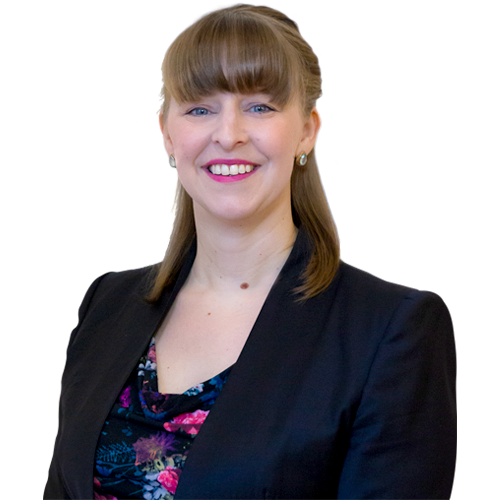 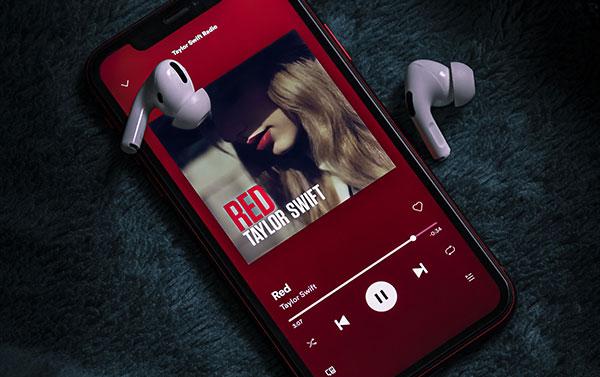 
A recent article in Compliance Week reported on how the Irish Data Protection Commission (Irish DPC) received criticism about... 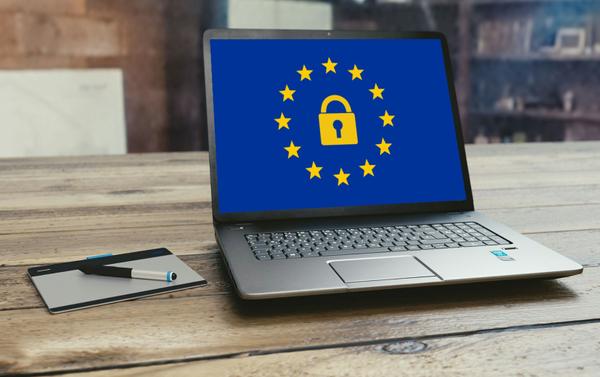 
Legal uncertainty has surrounded the transfer of data between the EU and US since the legal ruling in 2020 which struck down... 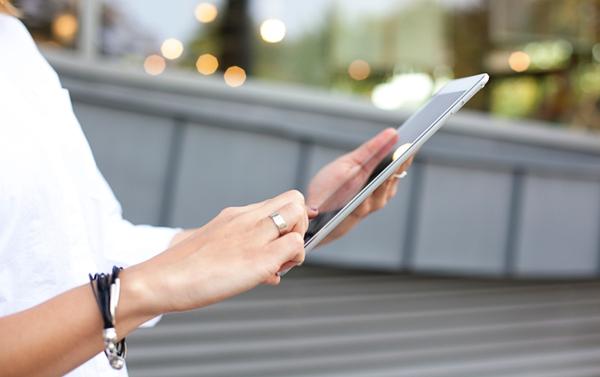 
The lockdown word game phenomenon Wordle was bought by the New York Times for a reported £3 million in January. Our...